Neelam Karki Niharika (born April 9, 1975) is a Nepali novelist, poet, story writer. She is best known for writing Beli, Hawaan, Cheerharan, and Yogmaya. Her first novel was published in 1994.

She is a well-respected writer in Nepal and her works are highly sought by newspapers, television, and radio media. Her popularity extends beyond Nepal, especially in Nepali communities abroad. Her themes commonly cover male-dominated society, caste, class, poverty, corruption, and tyranny.

She has won the Madan Puraskar for her novel "Yogmaya". Yogmaya is based on the life of female protagonist Yogmaya Neupane (1860-1941), a religious leader and women rights activist born in Bhojpur, who fought against the autocratic Rana regime.Karki's research and book is attributed to being a large influence on bringing Yogmaya to the Nepali mainstream. 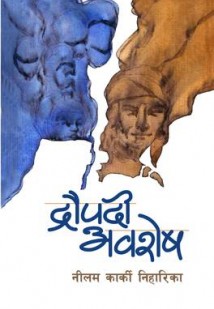 Rate this book:
Rating:
0% of 100
Be first to review
Write a review 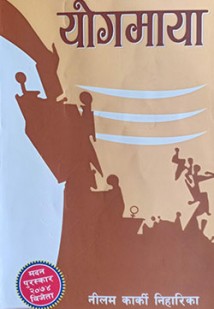 Rate this book:
Rating:
0% of 100
Be first to review
Write a review

I have Read this [0]
Book Awards
Madan Puraskar